You know how sometimes in a relationship it's just easier to "blame/use" your spouse in situations when you don't fell like doing something or going somewhere because you really don't want to do it and it's just easier that way. COME ON YOU'VE ALL DONE IT :)
I don't mind doing it at all and have let Chrs "blame" me on many occasion's even sometime on his music purchase's (shhhh) it's just one of the perks!! ANYWAY
This time I'm not gonna do it!!

We have a new camera in the house, our old one broke and we were back to the old old one and that was fine by me. I could have found many other things for this house to spend that money on but Chris didn't think that was the case.
He even tried to tell me that we NEEDED it for the family.

As soon as it was out of his mouth I cut him short and said OH NO WE DIDN'T you wanted a nicer camera to take pictures of YOUR FISH!!

He gave me this smirk of his that told me I was dead on and then followed it up with how we did need a family camera.... Whatever makes you feel better about it darling!

This afternoon I made all the "homemade" things for the week and thought you know what I'll take some pictures of the food to share with you all :-) 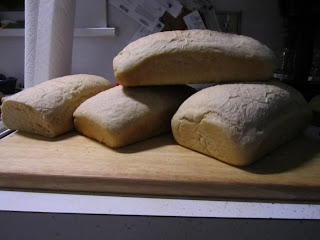 Lets start with the bread. I have been dying to make this homemade bread recipe for weeks and finally have bread pans to do so. NOW it didn't turn out quite like Amy's(the blog I found it on) but I think I may have rushed it and the rising time. I will also look online to purchase that one ingredient that I didn't have but substituted shorting for. It still tastes good and hey it's all the bread in the house so it will be eaten because I wont be buying any :) 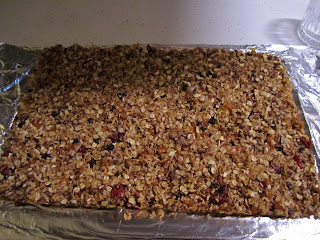 This week I made granola bars with a few fruits that Norah likes. So far this granola bar recipe is really awesome and well received. I will continue with it and just continue to change up the add in's. I also never use the brown sugar because the fruit is sweet and I use sweetened coconut. 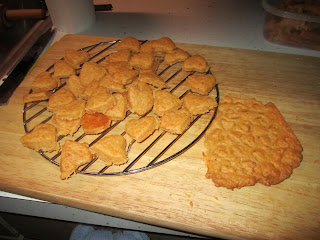 Tonight I also tried for the first time goldfish crackers only in heart shapes. They turned out pretty nice only not crunchy like I had hoped. Hey at the very least I have a better snack for myself(except I'm not usually much of a butter eater??)
Posted by Janet's page at 8:40 PM

I agree. You TOTALLY need a good camera for the family :)
and the families fish.

Great job on the homemade stuff.
I told my boys we'd try bread again...now that we have unexpired yeast :) ha ha