I actually love carving pumpkins but with the little people, it turns in to a whining, fighting,non stop grouch fest that ends with dad usually doing all of them, or someone did theirs wrong or whatever it just stinks. I vote no pumpkins next year!!!

The closest Ari got to going in his pumpkin was touching the guts in the pie plate with one finger......:)
Ari reach in your pumpkin I say........Ari leans over, looks and says NOOOOO that's nasty mom!! 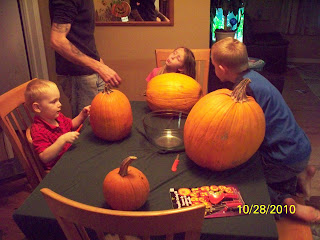 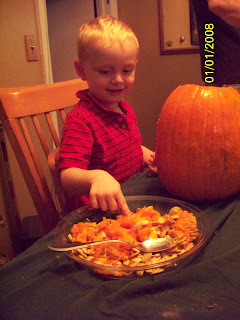 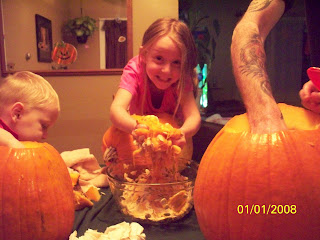 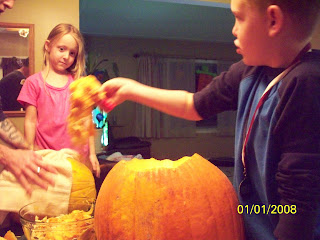 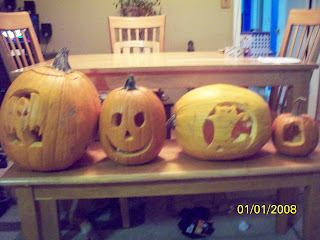