I feel very thrify this week. See I sold(on Craigslist) my double jogger stroller. Barely used maybe 6times and then turned around and bought a single jogger stroller(on craigslist) and made 50bucks:) It was shortly after getting the dbl that NOrah was able to ride a bike and we girlied up Isaac's old one for her so once again I was stranded as far as jogging during the day when I'm solo.
I've had the new stroller for 3days, used it 2x just walking and LOVE it. Well this morning I went with the kiddo's on bikes and 2 dogs and did a little jogging and then walking and then jogging(Frank really can't jog so he shouldn't have come) but let me tell you it's awesome jogging with a single!!!!
AND there are some really neat features to this $50. find:)Did I mention they were asking $75. 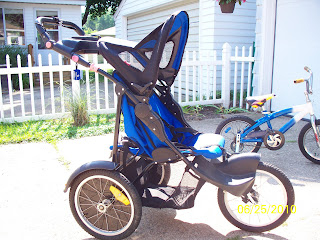 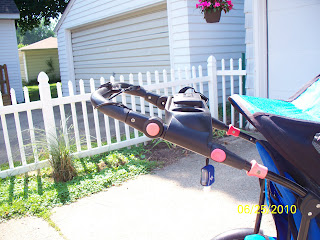 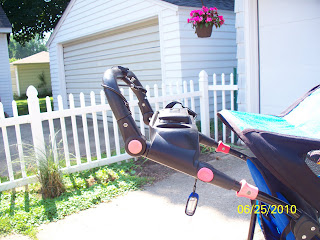 and then if your tall handle bent up and the first picture has I think where I like it in the middle. 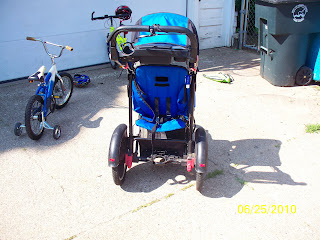 Optional seat positioning if child is younger or just wants to look at mom while your out...
Posted by Janet's page at 10:56 AM